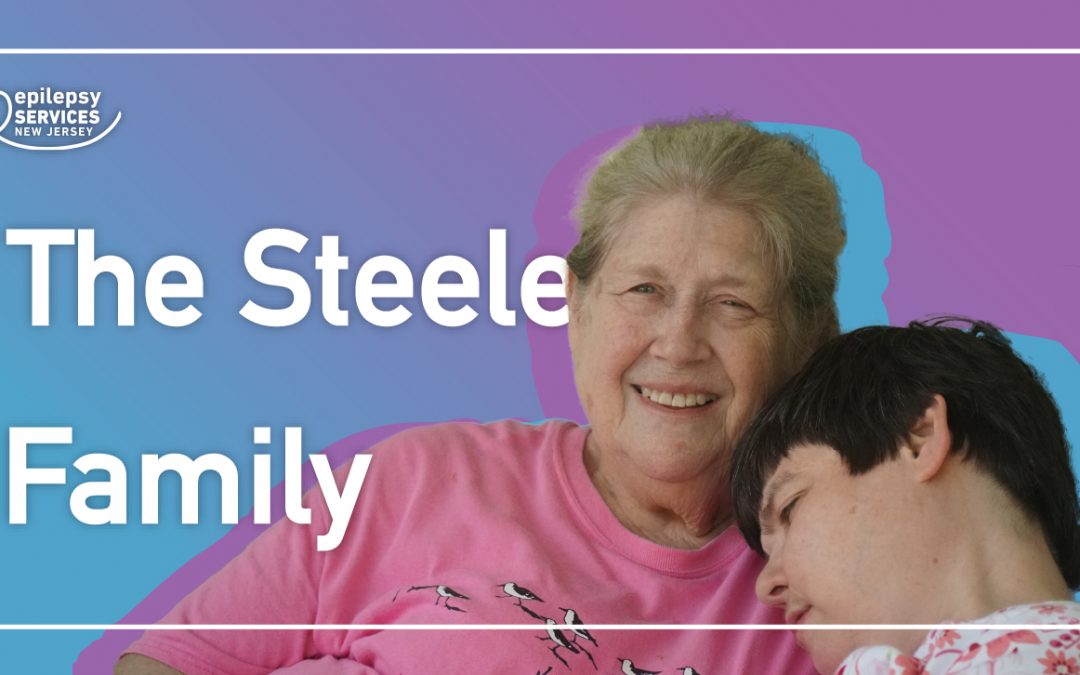 This is the Steele family. Barbara and her husband Jon Steele of Runnemede New Jersey, take care of their 47 year old daughter Kim who is brain damaged, legally blind and subject to grand mal epileptic seizures. They have taken care of Kim throughout most of their adult life, and while they never anticipated caregiving to be their primary calling in life, they have risen to the occasion in a profound and uniquely impactful way. 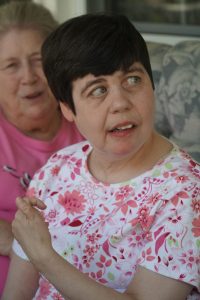 Their story begins at Kim’s birth. “Kim was born ‘normal’ and it wasn’t until she was 6 months old after having some tests done that her baby “colic” was actually diagnosed as epileptic seizures.” Barbara tells. She added that this diagnosis introduced many new elements of uncertainty and worry in their life, that they were not prepared for, “It was very hard at first. Each time going to the neurologist when she was young, I was told bad news. One time he told me that Kim would never walk. Another I was told she would never talk. Early on, people in our lives even suggested we put Kim away.”

Even as close relatives of the Steeles suggested institutionalization for Kim, the Steeles stood firmly against the surrounding influence and acted in the way that they knew, in their hearts, they should, “Many relatives of ours weren’t accepting at first and some even never grew to fully accept. They think we don’t have lives [by caring for Kim], but we do have a life. We live our lives for her.”

Knowing the complications of raising Kim, the Steeles nonetheless decided to raise Kim and take full ownership of their new role as caregivers. “We decided we needed to do everything we could for her. We eventually found a program – St. John of God Community services – and started her in their program. I even worked for them and retired after 42 years as their secretary. We dedicated our lives to her.”

With this impassioned commitment to Kim’s health and wellbeing the Steeles eventually found themselves becoming advocates not just for Kim, but for their fellow disability community members. “I was fortunate enough to go to Washington, through the Epilepsy Foundation [now Epilepsy Services of New Jersey] to help get the Disabilities Act [the American Disabilities Act] passed.” Barbara stated. In Washington, Barbara spoke in front of a Congressional Briefing on disabilities with a special emphasis on respite care and how it made a significant improvement in the quality of life for parents and caregivers of disabled children.

Eventually the Steeles found our respite program to assist even further with their caregiving responsibilities: “Kim was a teenager and I heard the Epilepsy Foundation (now 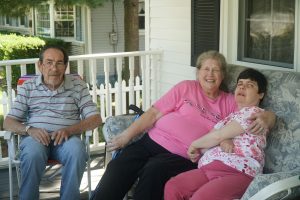 Epilepsy Services of New Jersey) had a respite program. When I contacted them they were only doing families south of us, but eventually when they moved to our area they contacted us. We don’t have family members that can or want to take care of Kim, so with The Family Resource Network and respite program, we have been able to go out together and have a life.” 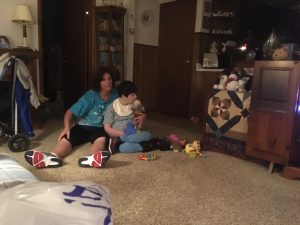 The Steeles also say that without our respite care provider, Chris King, who has worked with the Steeles for over 29 years, they can’t imagine what it would be like to care for Kim alone, “Chris has stayed in our bubble to come over to help us each week. She is especially helpful with giving Kim dinner and a hairwash and bath. Chris even goes shopping for us, getting things we cannot get. And you should see the two of them together, they are like sisters.” Now more than ever, the Steele family is especially grateful for the help that Chris is still providing for them “Because of Covid-19 Kim has not been able to go to her day program, so one of us has to be at home with her. Kim will not even keep her mask on.”

Looking back, the Steeles reflect on how much progress Kim has made through life, “Your agency [The Family Resource Network] has been a big help to us knowing that Kim is being taken care of by someone. Kim is still an individual even though she cannot talk or respond to you, she still has feelings and understands what is being said. In the beginning our neurologist told us Kim would never walk or talk. Even though she doesn’t walk independently she walks with her hand held and even though she doesn’t talk Kim does understand and tries to help us take care of her.” Barbara and Jon Steele believe that there are many approaches to living life and have dedicated theirs to helping others “You should always help people. If you see someone is having a hard time, you should always lend a hand.”