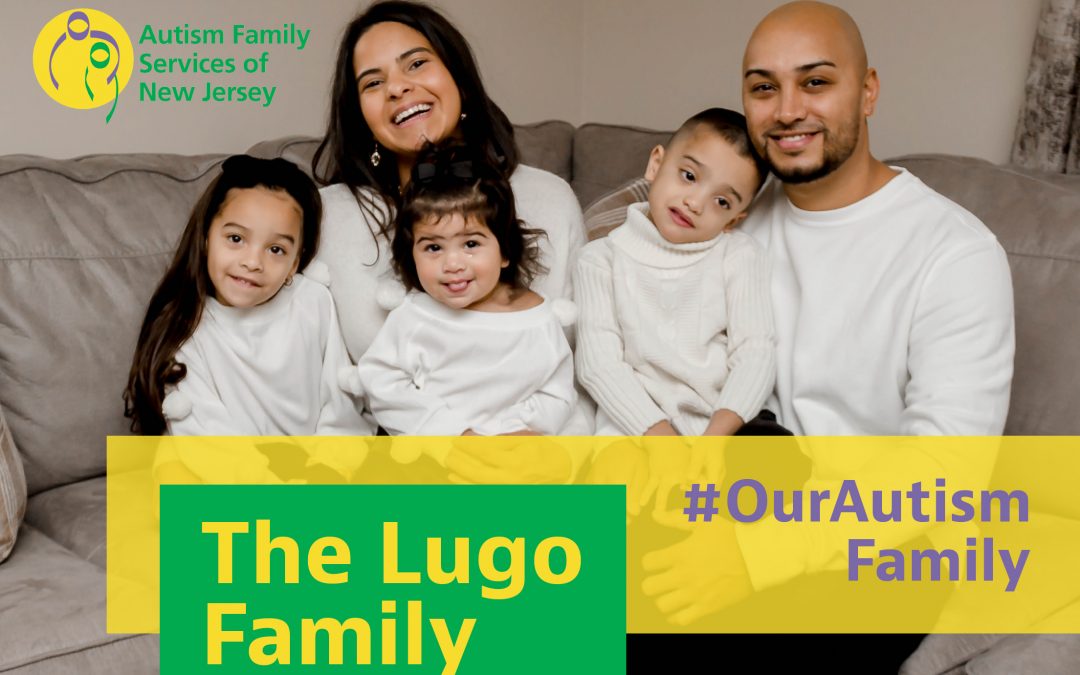 April is Autism Awareness Month, and in celebration we are bringing you real stories of families we serve that are living with Autism in New Jersey.

Mom Justine Lugo (of Tom’s River New Jersey), is a mother of two children with Autism who receive ABA behavioral services from Autism Family Services of New Jersey.  We spoke to her about her family’s journey with Autism and how it has changed her life and her perspective:

“Before my twins Antonio and Aria were born I, like most people, really didn’t understand Autism. It just wasn’t something people talked about much and unlike today there was no real media out there to inform you.

“I knew being a first-time mom was going to bring great challenges.”

“It was something no one could have ever prepared me for. Our lives have changed drastically. I am now a stay at home mom. That’s the thing with autism it really puts things in perspective. You view the world differently. It humbles you. Autism has made us a stronger family.”

“Our twins Antonio and Aria were diagnosed 3 months prior to turning three. We already had our suspicions and sought out Early Intervention just after their second birthday. The diagnosis was surreal. Even though my husband, Tony, and I had talked about the possibilities of a diagnosis once you actually hear those words come out it’s life changing. Being that I am Mom I had to spring right into action, so to be honest I never fully processed or grieved the diagnosis like my husband. He worried endlessly about what this means for their future. He often thinks about what life will be like for our son who is non-verbal. Will he play sports? Will he learn to talk? Will he ever get married and have children? Our research began on what services were out there and how they could impact the lives of children with autism. We immediately started looking into Applied Behavioral Analysis (ABA) services. We heard a lot of positive feedback with ABA and Autism.”

“Our son and daughter are on total opposite sides of the spectrum. I hate to use these words, but until we can figure out a better verbiage Aria is high functioning and Antonio is low functioning. Aria had about 50 words in her vocabulary when she started ABA which was a jump from 20 when she started and couldn’t really form sentences. A year later Aria has full conversations and a wide range of words. ABA not only helped her verbally, but decreased the amount of tantrums that were caused by frustration of not being understood.”

“Antonio is non-verbal. He never really spoke. He had about a dozen words and shortly after turning one it dwindled. Antonio would bite and pinch you in frustration of not being able to communicate. We were at a loss for the longest. As parents we picked up on certain gestures, cries, and body language to understand him. It was extremely heart wrenching not being able to meet the needs of your child. ABA stepped in and started showing him other ways to communicate.They worked on his aggression and redirected any negative behaviors. A year later Antonio can point to objects and take you over to what he wants. The fact that our children can communicate to us in their own way is amazing. ABA has even started the PECS system with him. He is doing so well, but this is not an overnight thing. It takes time. The fact that he is understanding how the PECS works is a blessing.”

“At first my husband was worried that his son wouldn’t be able to connect with him, but that was far from true. Their bond is like no other. They understand each other for the most part. Like any other father son duo they enjoy playing with cars, wrestling, watching TV, and playing outside.The father daughter duo is also unstoppable when they are together. They love to laugh, dance, and get into trouble together! My husband enjoys getting to sit in on Aria and Antonio’s ABA sessions when he can. He is a hands-on Dad for sure. Tony and I always work as a team when it comes to our children. We want to make sure that we are giving them the best quality of life that we can give them not only to succeed but to be happy.”

“Our greatest challenge is understanding Autism. It is so much more than just a diagnosis. It affects children differently. What works for one may not for the other. Things can change at the drop of a dime if something sets them off. There are so many pieces to the puzzle and I think that’s why the puzzle piece is a great representation of Autism. Eventually that piece will fit in. What once seemed like a depressing long road ahead is now a beautiful journey. We have learned so much. We celebrate every achievement and look forward to our next goal.”

“If we could recommend one thing to other families living with Autism it would be to never give up. Research what you don’t know. Ask questions. Join groups. You are not alone in this and it’s ok that we are different. Remember that some days are going to be really hard, really stressful and really tiring, but those really good days remind us why we keep going.”